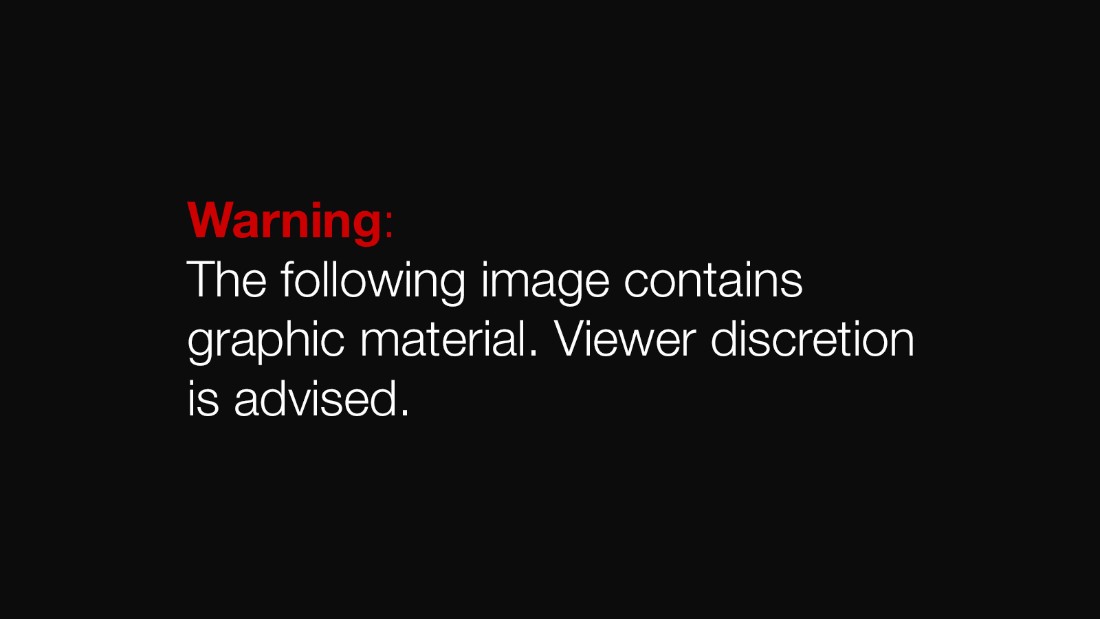 (CNN)Kathy Bilitzke has become sadly familiar with animal abuse since she began working at the Michigan Humane Society about four months ago.

But she still wasn’t ready for what she saw Tuesday after a call from a concerned citizen came in to the Cruelty Hotline.
The dog’s ears had been cut off. His nose, too. He had a stump tail. And there were lacerations to the backs of his legs.
“We don’t see this type of abuse, thankfully, regularly,” Bilitzke, the Michigan Humane Society’s director of marketing and communication, told CNN. “This is an extreme.”
That abuse was enough for the Michigan Humane Society to take to Facebook with a call to action. The group posted a blurred photo of the disfigured dog, a brown and tan Rottweiler, and offered a $2,500 reward for information leading to the arrest and conviction of the person responsible for the abuse.
“It appears that someone purposely maimed this poor dog, which has caused it a great deal of suffering,” Mark Ramos, one of Michigan Humane Society’s lead cruelty investigators, said in a statement. “This kind of cruelty is unacceptable.”
That post has spurred a reaction of outrage and sympathy, and a number of users have asked to adopt the dog.

Stable but not yet healthy

The dog has since received medical treatment and is in stable condition. Still, Bilitzke said he’s not yet healthy enough to be put up for adoption.
“At this point it’s too early to say what the course of action will be,” she said. “But because he is stable, we are encouraged.”
In an interview with CNN affiliate WDIV, Ramos said the dog appeared to be well socialized and behaved.
“He gets along with everybody that he’s encountered so far,” Ramos said. “And despite his injuries, he still has a fantastic attitude.”
Though he doesn’t yet have a permanent home, the animal does now have a name: Baron.
“He needs a name,” Bilitzke said. “We want to give him a voice, so he needs a name.”