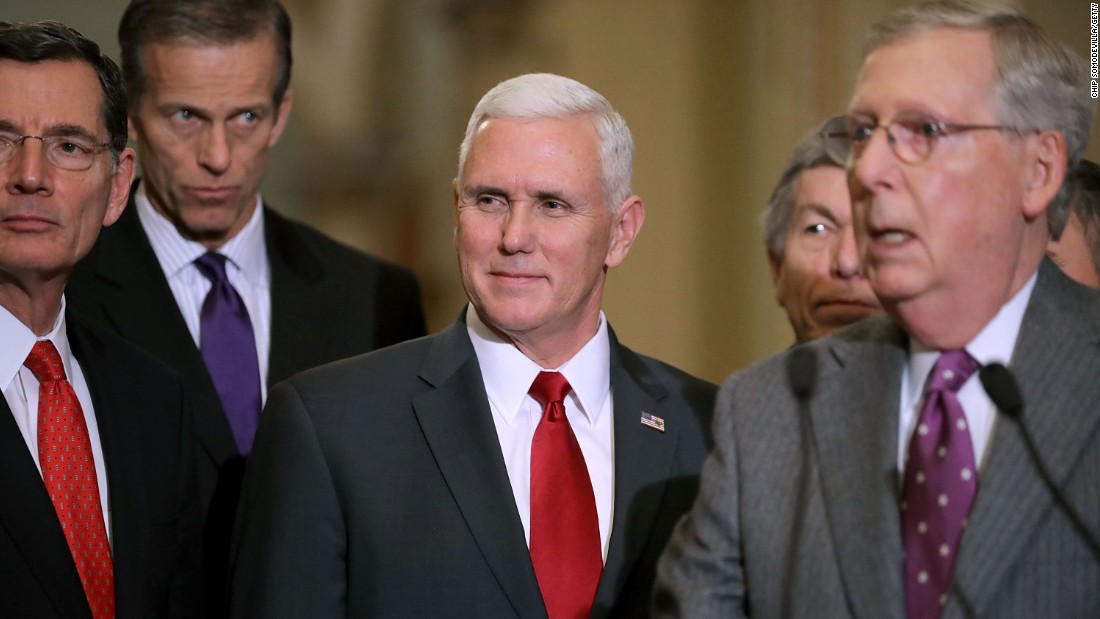 Vice President-elect Mike Pence, his family — including cats Pickle and Oreo, plus bunny Marlon Bundo — traveled Monday from Indiana to Andrews Air Force Base aboard an Air Force 737, which will officially be known as Air Force Two once Pence is sworn in.
Pence’s daughter, Charlotte, and wife, Karen, carried Oreo and Pickle off the plane, per the pool report. Marlon Bundo, named by Charlotte for actor Marlon Brando, was placed into the motorcade by an aide.
Alas, the transition was a bit much for Pickle, who got sick on the plane.
The Pences are big into pets: The family snake is reportedly in Mississippi with their son, Michael, a Marine. And the family’s beloved 13-year-old beagle, Maverick, passed away just days before the election.
Asked why the snake was not traveling with the other family pets, Pence press secretary Marc Lotter joked: “There is no snake on a plane!”
The Pences, who have been living in a rented home while in Washington, have moved out of their Indiana digs at the governor’s mansion now that Pence’s successor, Gov. Eric Holcomb, has been sworn in. The family will move in to the vice president’s official residence, the Naval Observatory, on Inauguration Day.
“Emotionally this is them coming to DC,” an aide told the pool.
Pickle, Oreo, and Marlon Bundo will succeed Champ, Joe Biden’s 105-pound German Shepherd, as the Second Pets.